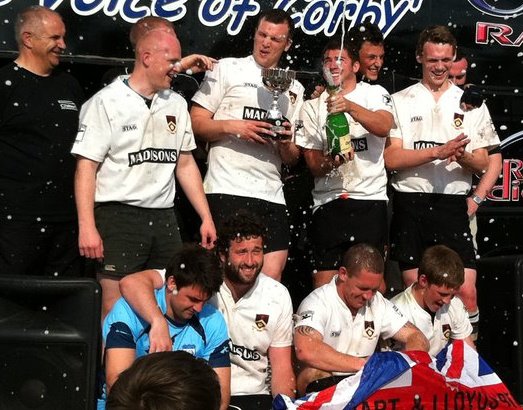 This year marks the 10th anniversary of the DC Rugby Sevens, which was founded in 2002 in memory of former player Dallas, to raise money for the local cancer hospice.

After a 2 year break, the tournament returned with force in 2011, and was a fantastic day of rugby sevens, with the hosts, the S&L Ravens, winning the cup competition.

The tournament is being held at the S&L Rugby Football Club on Occupation Road, Corby (about an hour from London via train). The tournament kicks off at 11am and will finish at approximately 6pm.

This year, the tournament will be even bigger and better than the last!

So, get yourself and your friends down to the club grounds on Saturday August 4th, grab yourself a pint of cider and a burger, and bask in the sun whilst watching some top quality sport!

To enter your team, contact Gareth Lewis on 07821398201 or by email at garethphiliplewis@googlemail.com to request an application form.

Posted on 15/07/2012 by Ellaine
Posted in Rugby Sevens, Tournaments and Competitions
Tweet