No alcohol this January for Cancer Research UK 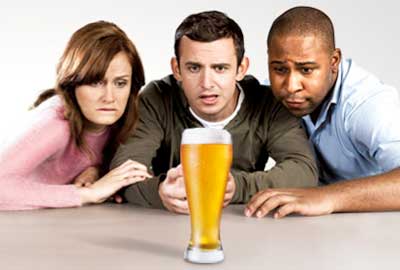 New year, new you? This January, Cancer Research UK is challenging people up and down the country to put their glasses down for Britain’s first ever Dryathlon.

Dryathlon is a new fundraising campaign that challenges social drinkers to give up alcohol in January, to raise money for Cancer Research UK. Through raising sponsorship, or pledging the money saved by not drinking, Dryathletes can fund the work of Cancer Research UK and help bring forward the day when all cancers are cured.

The guys at Dryathlon HQ know it will be a rocky road for some, so to give Dryathletes that extra support throughout December and January, they are providing motivational tips via Twitter, Facebook and on the website. A lucky few will even be given their own special star motivational coaches to keep momentum up via Twitter.

The website also features an ‘alcohol calculator’ allowing Dryathletes and their mates to figure out how much cash and how many calories they are saving by going dry in January.

The campaign will run from 1 January to 31 January 2013. So, test your willpower. Donate the cost of a few bevvies. Get sponsored. Start a team or challenge a mate to see who can stay on the wagon. Dryathletes sign up for the Dryathlon here – http://www.dryathlon.org.uk/