The Rise of Female Sports Journalists? 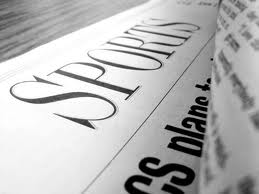 Skyscraper high heels, slick of lipstick, curl of mascara and I’m ready. Hours spent pampering and preening making sure every piece of clothing and hair is in place.

With a flash of nervous excitement I totter out the door of my east London flat wearing my biggest smile prepared for the afternoon ahead.

Fantasising my little red mini is a stretch limousine and the speed cameras are my
paparazzi, I fly down the motorway to my location.

After what seems a lifetime, I arrive and hundreds of people gather outside the stadium, a low murmur of natter and children squealing excitedly.

Chants of support swell, ghostlike whispers emerge and the energy builds like a boiling volcano.

Newly polished nails tapping, I take my seat above the stage and sit anxiously for the proceedings to begin.

Middle aged men and boys whisper past, “Like she know what she is on about!”, “Maybe she is here for the muscles and men in tight shorts.”

The stage is Franklin’s Gardens and the performers are Northampton Saints. I am employed by the Premiership rugby club to write the match commentary for their website and facebook with 26,000 followers.

I am anonymous to my readers and my writing is not judged by my gender, however when my identity is revealed, the tone changes.

Sexism in sports journalism has become a clichéd topic but even in this day and age discrimination is still an issue that many women face.

A spokeswoman of the cause said: “Women sports reporters need a level playing field, unfortunately the field is as big as a handkerchief!” 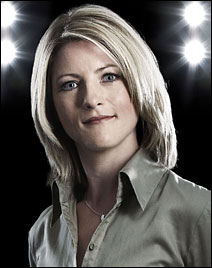 Journalist Jacqui Oatley, made one her many marks in the sporting world by becoming the first female football commentator. She made her debut on Match of the Day commentating on the Fulham versus Blackburn Rovers in 2007.

Jacqui said: “There was criticism from a lot of people who questioned my credentials. It was difficult; I felt isolated.”

The concept of a female commentator however bode well with both her contemporaries and the supporters.

Football fanatic Tom Ambrose said: “It was a surprise because it was not what I was used to hearing on Match of the Day. I feel like they put her on it because of positive discrimination because it was 2007. It wasn’t normal but that is not to say that it is a bad thing.”

Women’s involvement in football has become more and more apparent but with this, discrimination has risen and has been described as, “live comedy” by television program Sport AM.

Head of FIFA, Sepp Blatter, in 2004, added to the cause that women’s football would be more accepted and followed if the kit worn by the players was more “fitted” and revealing. The athletes were seen more as objects of attraction rather than that of their male equivalents.

Elizabeth Jane Cochrane, who wrote under the pseudonym Nellie Bly, led the movement to pioneer female journalists in 1887. She gave women the stage to pursue a career in writing where males once governed the field.

Her feats were of epic proportion, namely her record-breaking trip around the world to imitate Jules Verne’s character Phileas Fogg, and an exposé of a mental institution. She also faked insanity in order to be admitted into an asylum to investigate the treatment of mentally ill patients.

In 1987, the Association for Women in Sports Media was founded by female reporters who wanted to generate support for each other. They spoke out against discrimination and the glass ceiling that has been placed upon their careers.

It has been proved that female journalists have shunned sports reporting due to the lack of opportunity and attractiveness to the field. Women receive less than 5% of men’s coverage in national newspapers and are still under represented in all areas of the media. A recent British survey showed that only 9% of the sports journalists in the national UK press were women.

“There are more female sports journalists now than there were when I first started, but there are plenty of us who are the only woman in the office. It’s not surprising that it can be intimidating to work surrounded by blokes who have all known each other for years.”

The NCTJ sports journalism module of the diploma awards 50% of the overall marks based on reports written about a football match. Not to cast stereotypes, but football is not always women’s sport journalists’ sport of choice. Some may want to report on other sports such as rugby, tennis, athletics or horseracing. The advantage is therefore given to male contemporises with a more substantial prior knowledge of the sport.

Conversely, it is hard for exams to be set on a variety of sports due to their individual length of competition.

Felicity Quick, founder of the sports blog The Sportist, said:

Personally I feel a lot of this is down to the individual sports that steal the column inches – men’s football dominates the pages and is such an old boy’s club, therefore it’s difficult for a female journalist to gain a voice in this area.

“I also always have the impression that any woman reporting on sport has to prove themselves worthy enough to be doing so and people always seem so much more critical of their reporting. Men don’t have to prove they know their sport inside and out, it’s just assumed they do.”

She added: “I think that unless something drastic comes out of all the talk recently on the under representation of women’s sport at all levels it’s going to be a very long time until we see any female Sports Editors or Chief Sports Writers. The lack of progress was also pointed out to me earlier today when I did a Google search of ‘female sports journalist’ and found ‘Top 50 hottest female sports presenters’ at the first link to come up.” 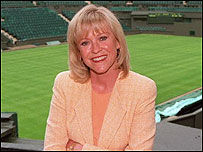 The view that women are held in a dimmer light to that of their male counterparts is one that has and will be disputed for years to come.

However, presently women in sports are soaring on the coat tails of the London 2012 Olympics with Sue Barker, Gabby Logan and Claire Balding becoming household names and representing a great future for women in the industry.

The well known phrase of ‘if it ain’t broke, don’t fix it” resonates in the realms of sports journalism, but maybe times are changing.

Find Rugby Now is always looking for keen sports journalists. If you are male or female, contact us if you would like to work with us. Please email info@findrugbynow.com or send us a message using the “Contact Us” form on the bottom of the website.

Emma is a budding sports journalist with a passion for rugby. Emma currently writes match commentary for the Northampton Saints' website and facebook page with over 26,000 followers. View all posts by Emma Swan