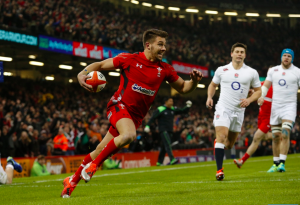 I would like to take a moment to discuss how Wales has set the recruitment of young players to rugby back a few years on Friday night.

The Wales v England match which kicked off the 6 Nations on Friday evening (6 February 2015) had just about everything.

Confrontation in the tunnel prior to the match, a light show which wouldn’t have been out-of-place at a Pink Floyd gig, some excellent tries, strong defence and two teams who individually played well, albeit at different times in the game. Wales were great from the outset and the English performance in the second half was outstanding.

So with an advert like that for the game you’d think that recruitment of new players would be a breeze. Well, in all honesty, it should be.

A great contest, awesome team spirits, respect for the opposition and all of that played in front of a massive very vocal crowd of supporters who mixed together before, during and after the game in the tradition of the sport.

Sadly it would appear that the Welsh medical team dropped one massive clanger. George North, a massive man, great talent and very, very influential for the Welsh team was knocked out. Not once, but twice.

George North was removed from the pitch after the first incident and within ten minutes was back out there. Now in that period he had to undergo a concussion test / protocol. There was much debate from the commentary team about whether he should have come back, replays of the collision showed what appeared to be impact to the head from knees in a tackle situation.

The second incident was later in the match and on viewing it seemed to be worse than the first. The player hitting the ground without any attempt to protect himself as if already out cold.

Although this was seen by the crowd on the screens in the ground and by millions of people watching at home, it was missed by the medical staff. Now you could blame them, but they have a “live” view of the game and in fairness could have missed it. The coaches, however, have a bank of monitors and no doubt a live feed from the broadcaster. They would have been unlikely to have missed it, yet no decision to remove him was made.

World Rugby, previously the IRB, have asked for a report into the decision to let George North back on the pitch. The Welsh team have subsequently admitted he probably should have come off the pitch and this week have stood him down for the second of the 6 Nations games. He is reported to be “not very happy” about that.

All of this very publicly throws concern over player welfare in our sport.

Grassroots clubs have been issued with “Headcase” protocols and having reviewed them after Friday’s game, there is no way that as a coach I would have let George North play on.

Ok, I am not a medically trained staff person working with world-class players, but I’m sure you get the picture.

Whilst I hope George North recovers well and goes on to play his part in what hopefully will be a great 6 Nations, I fear the decision to put him back on the pitch has contributed to a longer term damage to the game.

Rugby as a game is under attack in certain parts of the media focussing on issues exactly like this. As such, we are seeing some benefits such as the “Headcase” training due but equally there are some other changes in place which are concerning.

Changes to the scrum at grassroots levels to reflect the elite game have been introduced in recent years and now changes to youth rugby are being trialled where this element of the game is being delayed well into teenage years.

As with the George North issue the key here is player safety and coaching (or medical) staff who have that at the very fore-front of what they are doing.

At grassroots levels if a club did what Wales appeared to do on Friday night they could expect to be dealt with harshly by the RFU.

Coaches would be disciplined and probably removed from their roles.

Sadly this whole thing is being played out in the media and those young people who might have watched Anthony Watson score a try on his debut and be inspired to go and try the game now have to convince their parents that rugby is a safe sport for them to try.

Sadly, it makes me wonder how many of these young people will fail to convince their parents and never experience what rugby has to offer.