Changes to Youth Rugby in 2015 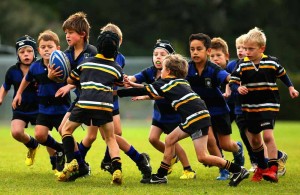 Following on from the New Rules of Play which are currently changing the rules of mini rugby, the RFU has been undertaking the next stage of transforming the game for young players.

The Age grade competition review looks at the youth age groups and introduces a number of significant changes.

These are currently being piloted and there may be some further amendments to the published structures, but this article outlines the key changes to date. Further articles will look at reviewing additional changes.

The high level changes are as follows:

These changes mean that mixed gender rugby stops at the end of the U11 season which is one season earlier than currently. Girls Youth rugby then picks up the U12 players in their structure where the first section is a dual banded U13s group which covers the two year groups.

The U13 boys section which is currently seen as youth rugby will be moved into the mini age group and the proposals for this age group sees the number of players reduced to 13 aside and the pitch dimensions also reduced to a maximum of 90 X 60 metres which is 10 metres short both length and width wise to the current pitch size.

As mentioned above, the lineout prior to U13 downwards is replaced by a free pass. The lineout is introduced at U14 but as an uncontested restart to the game. At U15 it will remain uncontested but lifting will be allowed before contested lineouts start at U16 again with lifting permitted.

Whilst the scrum at the age groups U12 and below will involve the nearest players to the knock-on / forward pass with the U11 & U12 allowing striking for the ball. At U13 the scrum moves to 6 aside, trained and willing players together with a strike and push. At U14 this increases to 8 player scrums with the strike and push.

· A nationally-defined consistent menu of national and county competitions per age group
· No formal league rugby before U15
· Competitive festivals before U12, not competitions/ tournaments that find overall winners
· Competitions and representative rugby at all levels (local to CB to national) to be played in specific, nationally consistent season windows
· Formation of Regional Player Pathway Groups to drive the programme
· Divisional representative level replaced by regional programme matched with the 14 Regional Academies at U16 (from 2015-16)
· No representative rugby before U15
· No district programmes at U16

The changes to festivals for U12 and below may impact on a number of events as the removal of leagues for U14 and below will also impact on how clubs manage their own activities (games / training).

This article is not intended to debate the proposed changes but simply to outline them. Further details of them and the process surrounding them can be found in the May edition of the RFU’s Touchline magazine here.