The Fall of Rome and Eddie Jones 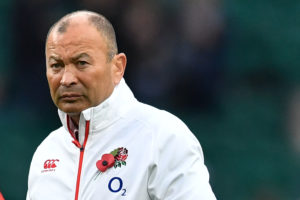 Such was Eddie’s power, that the RFU tried to manufacture a game against New Zealand to prove England were the undisputed rulers of World rugby, let alone the Mediterranean. The men in black from down under can rest easy now.

Rome fell to numerous attacks on its borders from external tribes, while internally suffering from corruption at government level. It was a slow and painful decay.

England’s fall from grace was equally painful with players returning from coaching weekends in Portugal complaining of fatigue and “what was the point of doing all that fitness work?”

Three losses and a dubious win against Wales in the Six Nations is proof enough of decay, but what have been the causes?

• Lack of consideration to player workloads?

• The back 5 of the scrum equally so. It’s like musical chairs!

• Why do we now refer to scrum halves as kicking scrum halves? They should be multi-skilled surely.

• If we have no penetration at the breakdown, all our fancy football 10 meters from the advantage line counts for nothing and is easily defended. The latest scrum half never threatened a break!

• Leadership is about performance on the field. “Follow me, I’m going forward” (e.g. Rory Best).

• No-one for decades has addressed the issue of developing back row players. We just hope they come along, and if one appears who seems technically competent…commentators have an orgasm!

• Before the decay, superlatives flowed like champagne after an England win. Now the commentators struggle for words and look glumly at each other in selected groups.

Fortune favours the brave and England have some very good players and some talented emerging players. So, it’s down to the following:

Not forgetting that team play is:

“Using the ball is a blend of understanding with attitude; of team awareness with individual virtuosity; of practised patterns with spontaneous reaction. The blending is elusive and short-lived”.

If Eddie gets that right, England will beat South Africa.