Importance of the Transfer of Basics 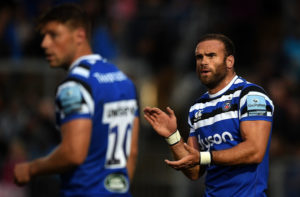 The transfer of players is of far less consequence than the transfer of quality technique from the Tuesday and Thursday training sessions to quality match day execution and team performance.

If the basics can be performed poorly at training, you cannot complain if that is the outcome on game day.

The mindset of players and coaches must be in unison. Pride in quality practice of the basics at training is fundamental to quality transfer to the next game.

Technology/equipment/analysis has directed our attention away from the basics (the drone has some value as the injured players have something to watch while it hovers above!).

The demise in quality team performance in Australian sport (AFL excluded) was predicted some years ago by wiser older men, who suggested you’re never more vulnerable than when you are at the top. Sadly, few listened.

Globally commentators now embroider mediocrity with an array of synonyms, “wonderful”, “unbelievable”, “outstanding”, “out of this world”. A 2 v 1 in rugby is now referred to in these terms.

The recent cricket series between India and Australia had Australian commentators stating that players by getting into their 20s had made a start…rubbish, I could fluke 20! No Australian scored a hundred in that series, just think about that for a minute.

The basics have always been there in all sports. We’ve allowed technology/equipment and analysis to erode the time allocated to basics; time to perfect quality execution under pressure at training. Because that is why we train – so we can get excited about playing at the weekend.

To all head coaches. Please start your next program scheduling session with the coaches with the following words…

“Let’s lock in the 2 x 1-hour sessions on basic technique first, then we can look at the rest of the weekly program.”

As coaches and players, we are in the transfer business. Basics are the ammunition that help produce exciting players and above all attacking continuity.

I’m beginning to think some coaching is limiting player development? No, I’m sure it is!

The young player of today will not hang around for long in your sport if it doesn’t excite him, improve him and provide a pathway to the top.

Roger Federer broke down in a recent interview for CNN when asked about his former coach Peter Carter, who sadly died in a car accident in 2002.

“Peter was a really important person in my life. If I can say thank you for my technique today, it is to Peter.”

The best never forgets the importance of correct technique and those who helped with the transfer.

Is your coaching program improving players? Are the messages you send out connecting? Do your practices and sessions challenge the players?