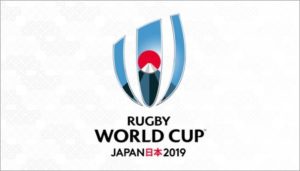 Rugby fans that watched the 2003 World Cup can all remember where they were when Jonny Wilkinson’s last-minute drop goal sailed between the posts to clinch England’s first World Cup triumph at the expense of Australia.

Those are the sorts of moments that this great competition can create, and the 2019 edition – which got underway on September 20 in Japan – will surely be no exception.

Big tournament rugby is generally few and far between in the years between the quadrennial battle for the Webb Ellis Cup, and from a domestic perspective, we only have the Six Nations to rely on as a guide to how the ‘home’ teams are likely to fare in Asia. ‘Webb Ellis Cup‘ by Roman.b (CC BY-SA 3.0)

By that token, Wales would be one of the favourites for success given that they trounced their competition to complete the Grand Slam, and indeed the Rugby World Cup odds do indicate that Warren Gatland’s side are a lively contender for glory.

But it’s the predicament of England, who find themselves the third favourite behind New Zealand and South Africa according to the bookies, that is perhaps most intriguing.

Outgunned by the Welsh in Cardiff and held to a 38-38 draw courtesy of a stunning performance from the Scots, it was a Six Nations to forget in many ways for Eddie Jones’ men, and yet that has not done much to dim expectations as Owen Farrell’s men look to end a 16-year wait to get their hands on the Webb Ellis Cup.

Competition will be fierce, of course, with reigning champions New Zealand and a resurgent Springboks vying for attention in a tournament where there are five or six genuine contenders for success.

And out of the fringes, we cannot ignore the underdogs, Japan, who may surprise everyone and come out on top to potentially land a place in the final stages of the tournament.

But England, if they can make it through a potentially awkward Group C that also features France and Argentina, could set up a quarter-final date against either Wales or Australia – that would be one to savour.

But it’s not a fixture they would necessarily fear either, and you can see why expectations are rising with memories of Wilkinson’s wonder-strike not far from the consciousness. 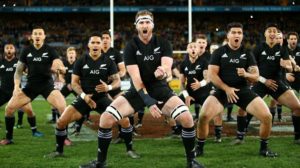 For the first time in a long time, New Zealand’s aura of invincibility is fading.

A defeat and a draw with South Africa, a 9-16 reverse in Ireland and a heavy 26-47 loss in Australia have all come in recent enough memory, and defensive frailties – the All Blacks have conceded 15 or more points in eight of their last ten games – suggests that Steve Hansen’s men, while not exactly there for the taking, have at least show some signs of vulnerability.

Rassie Erasmus has transformed the fortunes of the Springboks since taking the head coach’s job, and their results indicate a team ready to challenge for honours. They have dismantled Japan and Argentina in recent times, on the back of a set of positive results against the Kiwis and Australia too.

Ever robust upfront, they have now have a dancing backline featuring the creative half-back pairing of Faf de Klerk and Handre Pollard and wing wonder Sbu Nkosi, and you can see why South Africa have been so well supported by the bookmakers.

Which brings us nicely back to England, the third favourites according to the market. They head to Japan on a wave of goodwill given what Eddie Jones achieved as head coach of the hosts at the last World Cup, and while the Six Nations posed more questions about his players than it answered, there is still the feeling that they can thrive should the All Black or the Springboks fluff their lines.

The 57-15 win over Ireland in that August friendly – or as ‘friendly’ as a game between these two behemoths can get – restored faith and renewed confidence in a powerful backline featuring the improving Joe Cokanasiga. England were rampant, and if they can get anywhere close to that all-round performance they will be difficult to stop in Japan.

All of the attention will be on New Zealand and South Africa, but if England can match expectations they can fly under the radar and go very deep into the World Cup this September and October. And don’t rule out Japan…you never know what will come from this passionate side.