Half of England RWC Squad Out to Exorcise Demons of 2015 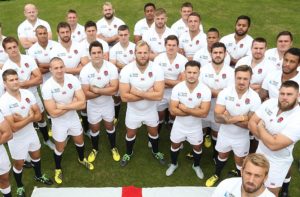 England would have to have a really bad day at the office in the upcoming Rugby World Cup in Japan to perform as badly as it did when hosting the last edition of the tournament in 2015 and bowing out in the pool stage.

However, Eddie Jones hasn’t changed as much as you might think four years on from the 2015 fiasco under predecessor Stuart Lancaster.

Over half (16) of the 31-man squad Eddies Jones has selected for this RWC played in the last one.

Heads obviously rolled in the aftermath of the embarrassing early exit from the previous tournament, but this is a surprising amount of continuity across an entire cycle. If this core of players wasn’t good enough and able to handle the pressure then, why should they fare any better now?

Under Tasmania-born coach Jones, England won the Six Nations in consecutive years – responding immediately to the Rugby World Cup disaster with a Grand Slam in 2016 – and whitewashed Australia on tour Down Under in between.

The Red Rose was in bloom, but too early was the cry. There has been less to crow about since.

England lost their last tour in South Africa 2-1 and have come up short in the last two Six Nations campaigns.

They go to Japan as 4/1 joint-second-favourites in the Rugby World Cup odds for an outright win with Paddy Power and strong 30/100 fancies to top Pool C. If they are to prove worthy of those prices, then half of the roster called upon by Jones simply must do better than four years ago. 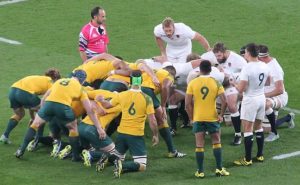 England arguably have an easier group now than they did on home soil in 2015, which included Wales and Australia in the last RWC. They have had the beating of France and Argentina in recent encounters, while Tonga and the USA are still not a big enough threat as of yet.

Among the players selected by Jones are some areas of the field that have a stronger flavour of past failure than others. The forward pack is very similar to the options used by Lancaster other than in the back row.

Jamie George is only surviving hooker from four years ago, but three of the five props – Dan Cole, Joe Marler and Mako Vunipola – and as many second row options remain. Maro Itoje wasn’t part of the senior England setup in 2015, but fellow locks George Kruis, Joe Launchbury and Courtney Lawes were.

Perhaps the most sweeping changes made by Jones are at flanker. Only Billy Vunipola remains from the last RWC at number eight with Lancaster’s captain Chris Robshaw and cross-codes experiment Sam Burgess proving disappointing in the last campaign.

Eight backs are also retained from four years ago, with Ben Youngs, George Ford and Owen Farrell remaining regulars. The latter is captain and first-choice kicker from fly half with Jones occasionally fitting both of his number 10s into the XV.

Farrell has played at centre to accommodate Ford with the dual playmaker tactic proving curiously effective. Jonathan Joseph and Henry Slade are still among midfield options, meanwhile, and Jonny May, Jack Nowell and Anthony Watson retain back three berths.

Its all to play for and England is going to be determined to demonstrate their improvement and perform well for their fans – something they failed to do on home soil in 2015. Do you think they can deliver?