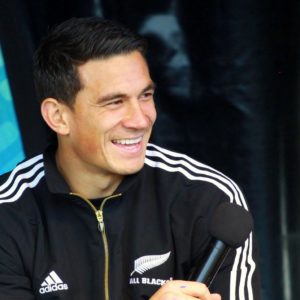 Back in 1895, Rugby League became the professional code of the sport in Northern England. It was not too long before New Zealand and Australia followed, forming professional teams and competitions of their own in 1908.

Given that Rugby Union retained its amateur status, over the next 100 years many players switched codes to turn professional with Rugby League teams.

That all changed in 1995 when Rugby Union turned professional and started to become more lucrative than Rugby League. Since then, the trend of switching codes has reversed and increasingly more players have switched from League to Union.

That said, there are a select few players who have bounced around between the two codes with an impressive frequency, although none can claim to have done so with quite the success of Sonny Bill Williams, photo by: by Geoff Trotter.

Genuinely considered an authentic superstar in both codes, the 34-year-old signed for Toronto Wolfpack in November 2019, joining the first and only transatlantic team featured in the English rugby league system. Given his experience and star value, the ambitious capture of Williams has placed the Canadian outfit amongst the leading Super League contenders in the latest Rugby League odds. 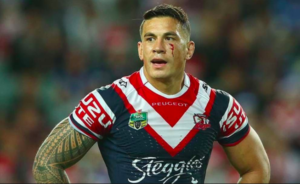 The impressive dual-code career of Williams began with Australian NRL outfit Canterbury Bulldogs, forming part of the team which won the Premiership title in 2004, the year he also debuted with the New Zealand Kiwis internationally.

However, the decision to switch codes with a move to French rugby union outfit Toulon in 2008 also denied Williams the opportunity to represent New Zealand at 2008 Rugby League World Cup, which they eventually won.

Nevertheless, after enjoying two years with Toulon, the lure of international rugby was difficult to resist, when New Zealand Rugby Union came calling in 2010. Returning home, Williams joined Cantebury RFU and then helped the All Blacks triumph at the 2011 Rugby Union World Cup. Not without some irony they beat France in the final, who had offered Williams the chance to play for them, had he decided to stay with Toulon.

Following stints with the Crusaders in 2011 and the Chiefs in 2012, Williams accepted a lucrative offer to join Panasonic Wild Knights in Japan. After just one season there, the lure of rugby league led to him switching codes again. Williams joined Sydney Roosters in 2013, winning the Minor Premiership, NRL Premiership and the World Club Challenge. However, that success wasn’t quite matched with New Zealand Kiwis, who lost the 2013 Rugby League World Cup final against Australia.

Switching codes for the third time in his career, Williams returned home to the Chiefs in 2015 and was immediately back in the fold with the All Blacks, winning a second consecutive Rugby Union World Cup with a 34-17 victory against Australia in the final. Williams unfortunately suffered a ruptured achilles, which cut short his participation in the Rugby Sevens at the 2016 Olympic Games, where New Zealand eventually finished fifth.

Keen to remain part of such a successful All Blacks team, Williams remained in New Zealand with the Blues in Auckland between 2017 and 2019. Despite losing his starting spot with the All Blacks, he still featured regularly from the bench at the 2019 Rugby Union World Cup in Japan. After they were beaten by England in the semi-finals, Williams made his last ever appearance for the All Blacks in the Bronze Final, helping them to beat Wales and secure third place.

Over the years, Williams has switched between codes with ease and success, which is something that very few players have ever managed to accomplish. If that wasn’t enough, in the midst of his rugby exploits, Williams also enjoyed a successful boxing career, winning the vacant WBA International heavyweight title in 2013. Although he was stripped of that title, due to placing more emphasis on his rugby commitments, Williams remains unbeaten after seven professional fights.

Toronto Wolfpack will be hoping that for the next few years in the Super League, they’ll get the best of all that phenomenal rugby experience, and fighting spirit, from arguably the greatest dual-code player to have played both variants with such a consistent level of success.