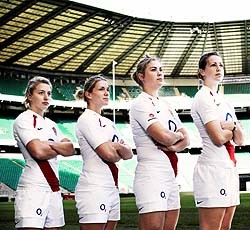 END_OF_DOCUMENT_TOKEN_TO_BE_REPLACED

Why (More) Women Should Play Rugby

England won the 6 Nations Grand Slam last weekend after beating Ireland 23-6. Think you read that wrong? That’s because I’m talking about the women’s game. In fact the women’s team have won the tournament every year for the last seven years. England has the… 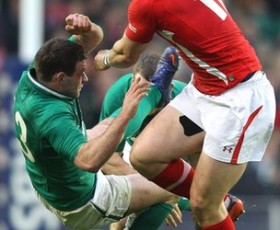 The Wales “scary” back line (according to Jamie Roberts himself) with George North, Alex Cuthbert, Jamie Roberts and Mike Phillips all well over six foot and three of those players being over 16st, has received a lot of press attention in this year’s 6 Nations.…

We offer searches for rugby clubs, shops and pubs (pubs showing rugby matches) in their local communities, and we encourage rugger interaction through our forum, fixtures exchange, marketplace and rugby classifieds.

We also provide fitness and conditioning information, a calendar of upcoming local rugby events and information about local rugby clubs - tailored to every community.

FindRugbyNow is always looking for sponsors, advertisers and investors who are interested in helping us expand.

If you are a rugby pub, rugby shop or rugby kit supplier, we would love to work with you. We are also keen to get involved with other companies that share our vision.

If you are a player, club, bloggers, photographer or any other type of rugby lover interested in getting involved, please get in touch today and become a part of the FindRugbyNow team.

Please contact us using the form on the right.

Thanks! Your email was successfully sent. I check my email all the time, so I should be in touch soon.

There was an error sending your message. Please try again later.