Why (More) Women Should Play Rugby 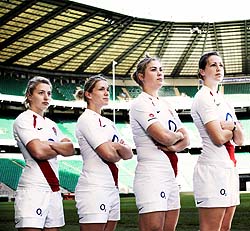 England won the 6 Nations Grand Slam last weekend after beating Ireland 23-6. Think you read that wrong? That’s because I’m talking about the women’s game. In fact the women’s team have won the tournament every year for the last seven years. England has the best women’s rugby team in the world, save the Black Ferns (New Zealand). But, just as no women were nominated for BBC Sports Personality of the Year award, very few people bother to follow our women’s rugby team either.

The French at least seem to be one step ahead on this: they showed the England- France women’s game on the big screen at the Stade de France before the men’s match on 11 March and their no.10, Lionel Beauxis is engaged to the women’s captain, scrum-half Marie-Alice Yahe. The French press describe them as the ‘glamour couple’ of French rugby.

Which somewhat contradicts the popular view that all women’s rugby players are lesbians. Though so what if they are? At least they can be open about it, rather than feeling closeted or suicidal like the gay men who play rugby or football.

In fact over 15,000 women and girls play rugby in England. It is increasingly being played in schools. And it should be. Let’s face it: netball is boring- you aren’t allowed to run with the ball! And rugby’s physicality forces girls to think about their bodies in a new way. You need to be fit and strong on the pitch. If you’re focused on building muscle for the scrum or sprinting for the try line, you won’t be as worried about going on a crash diet or be thinking of your body as being primarily for displaying trendy clothes or attracting boys. Even better, the physical element and supportive teamwork makes for amazing camaraderie and bonding which builds friendships beyond the pitch.

I’ve played rugby for most of the last ten years. I love it. I had never really enjoyed a team sport before, but rugby was inclusive: it didn’t matter that I was slow because it turned out I was more suited to the forwards, who spend most of the game in contact and only have to run from one ruck to the next! The game builds confidence along with fitness and I’ve made lifelong friends. Women who play rugby have something extra to them, I’ve found: real guts and a backbone of steel! Rugby has taken me on tours all over the world and given me some of the most exhilarating experiences of my life. Winning my first Blue for Oxford University in a match where we beat Cambridge 20-0 after months of tough training, weight-lifting and an alcohol ban was one of the best days of my life. But I’ve also encountered some pretty archaic attitudes, like the time I asked a Sky Sports reporter at a college careers evening in 2003 what the Oxford women’s team would have to do to get our Varsity match televised like the men’s. He laughed and said: “I dunno. Play topless??”

I like to think that we’ve moved on from that in the last decade. But I’m still not seeing women’s sport on primetime TV. And it’s still not possible for a woman to become a professional rugby player. Some might argue that the standards are just not as high in the women’s game. But girls often don’t get the chance to play rugby from an early age. And the women’s game is hugely underfunded compared to the men’s. But it’s also the case that the majority of sports fans are men. It’s only by getting women to support women’s sport that we’re going to get anywhere. We need to start from the ground up. So, women, get out there, pick up the ball and make some tackles: because playing the game is the best bit! 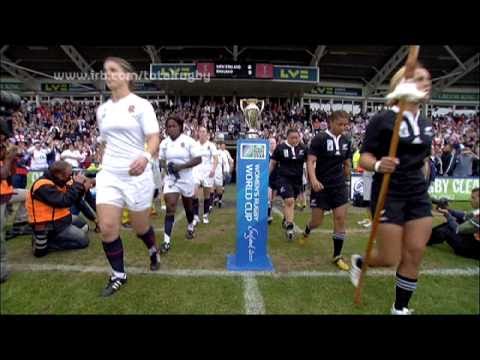