The interactive infographic Ellaine posted on concussion last month reminded me of an interview that was given by Ben Utecht who once played for the Indianapolis Colts and was later the Cincinnati Bengals’ tight end. During his playing career he suffered five known incidents of concussion and even though he stopped playing in 2009, still suffers from the effects. 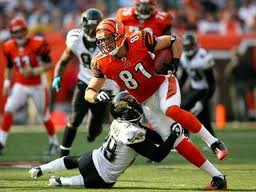 Utecht was recounting the time he was at a close friend’s house. They were talking about the friend’s wedding and Utecht could not remember why he was unable to attend so suggested he must have been at a training camp. Giving Utecht a funny look, the friend produced the Wedding Album and there he was, all suited and booted; singing and enjoying the occasion with all the others. Even having seen the photographs he still has no memory of it at all.

Not unusual if this was an old player reminiscing his long-lost youth but Utecht is 31 this month!

Concussion has been underrated by many for many years. In grassroots rugby, there appears to be an unsure policy. Actually, there is no internationally agreed consensus on the advice about when it is safe to return to playing a contact sport after a concussion.

More often than not, unless the player has been in a noticeable unconscious state and stretchered off, the coach will ask if they are all right and whether they feel they can continue.

This is understandable, with so many other duties on the coach’s mind. However, just because it happens regularly, it does not mean it is right.

Do we need a strict policy, particularly at grassroots where there is rarely a qualified practitioner on hand to make any kind of diagnosis? I am not sure. Perhaps the answer is in education. We could start by calling it by its medical term; minor or not, Concussion is a Traumatic Brain Injury. 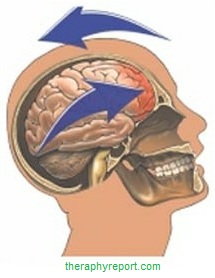 Many years ago I was on medical duty during one of my son’s matches. As the result of a powerful tackle the No 9 lost split-second consciousness. There was no head impact; this was the result of the brain rebounding off the skull as the head was thrown back and forth (see illustration). He was up on his feet by the time I got to him but this re-occurred as we stood on the sidelines. Again, he was back with us before he even hit the ground. He had no recollection of the tackle and could not even remember walking off; he had a vacant stare and his speech was slurred. I made the diagnosis and told the coach he was off. There were plenty of subs and the coach agreed.

During the second half, I turned around to see the player back on the field. I asked the coach why and was told that the player’s Dad had given permission as the lad really wanted to play. What alarmed me even more was that the Dad’s reasoning was that his son has had concussion before and was fine so he had no problems with him playing!

A major concern is that concussion temporarily interferes with the way the brain functions; affecting memory, judgment, reflexes, speech, balance and coordination; all obviously increasing chances of mistakes leading to further incidents.

Minor Traumatic Brain Injury in itself is not something to worry unduly about. Damage to the brain is more often than not minimal and usually do not cause any long-term problems or complications. Although, rest and observation are important as the symptoms of a more serious brain injury do not occur for several hours or possibly days after the initial injury has taken place.

The problem occurs with repeated incidents. The NHS believe there is evidence that repeated incidents can cause long-term problems with mental abilities and trigger the onset of a type of dementia called CTE (Chronic Traumatic Encephalopathy).

More commonly though, we deal with SIS (Second Impact Syndrome) which occurs when a player receives a second impact before the first is fully recovered; this can cause long-term neurological impairment, massive brain swelling and worse, even if the second impact is quite moderate.

This happened to Megan Wirtz who collapsed to the ground, suffering a seizure on the field after another player ran in to her. She had been accidentally kicked in the head three weeks earlier and although her face was bleeding, nobody had realised that she had suffered from a concussion at the time as she did not experience any symptoms. It is this second incident that can break a sporting career and in cases like Megan’s repeated seizures are highly probable.

When to seek emergency medical treatment

Although the prognosis for most incidents of Concussion is good and do not require treatment, there are certain signs and symptoms that suggest serious damage and you should phone for an ambulance immediately, such as:

Although there is no internationally agreed consensus on the advice about when it is safe to return to playing a contact sport, the IRB have produced a very sensible protocol for when the incident is not managed by a Medical Practitioner: 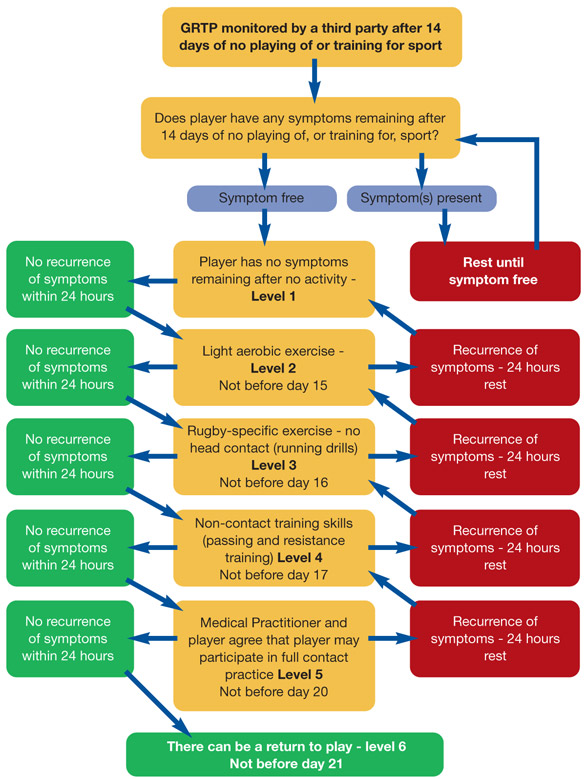