Upcoming Fixtures at Twickenham in 2018 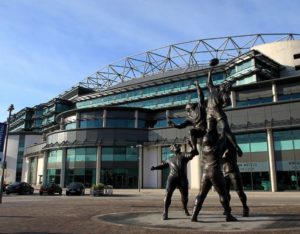 A few of us were devastated to miss out on the Ireland v England match at Twickenham last weekend, which proved to be a thrilling ending to the Six Nations.

If you too missed out on getting your desired tickets to Twickenham for the Six Nations matches, do not despair because there are some exciting Twickenham matches coming to you in 2018.

To that end, we have set out below our favourite Spring, Summer and Autumn events that are coming up at Twickenham Stadium with some limited commentary about each of these.

To help you with your planning, we have also included links to purchase tickets as well as hospitality options to give you a one-stop-show for all of your Twickenham needs for 2018.

Undoubtedly one of the most sought after fixtures will be the Aviva Premiership Final, which will be taking place on Saturday, 26 May 2018.

With the Exeter Chiefs top of the league table and Wasps following close behind, it will be interesting to see whether these two will be battling out in the final in a repeat of last year’s epic final or whether Saracens or one of the other highly competitive teams will end up overcoming one of these experienced sides.

Last year’s premiership final resulted in the Exeter Chiefs being crowned champions after extra time in what has been called “the most nailbiting match in Premiership history” with a narrow 23-20 victory over Wasps.

Despite Wasps having finished top of the league in 2017 for the first time in the history of the club, it all came down to a penalty kick from Exeter’s Captain, Gareth Steenson, just 2 minutes before the end of the second period of extra time to seal Exeter’s victory.

This was only the second time in the history of the competition that that the final went into extra time.

If this year’s final is anything like last year’s event, then this is one you don’t want to miss!

There are several other notable fixtures coming up at Twickenham in the spring and summer, which we have set out below. Tickets for these matches can be purchased through England Rugby’s Official Ticketing website here.

When the fall leaves return so does the exciting prospect of the Autumn Internationals at Twickenham, which is one of the most anticipated times of the year for English rugby.

The Autumn Internationals provide an invaluable opportunity for teams to test themselves against the world’s strongest rugby nations and see how far they have come.

This year’s competition will be an especially important time as teams begin solidifying and focussing their squads in their build up toward the next Rugby World Cup, which is being held in Japan in September-November of 2019 (Asia’s first Rugby World Cup).

If you want to elevate your trip to the next level and are interested in snagging yourself a special day out at Twickenham, get in touch with Twickenham Hospitality to arrange a special package for you and your friends or family.

Why is Twickenham Special?