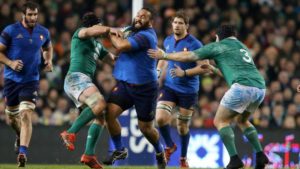 As the Rugby World Cup progresses, we are exposed to all sort of team and player statistics – tackles made, tackles missed, ball carries, territory, conversions, penalty counts, turnovers conceded, scrums lost, the list goes on and on!

We thought it would be interesting to throw some weight statistics into the mix. So here are some fun facts about this year’s Rugby World Cup squads and players that we thought you would enjoy!

The top 20 heaviest players taking part in the Rugby World Cup are as follows: 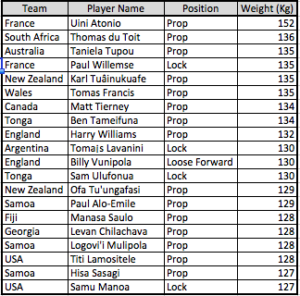 Thank you to WW Australia for providing us with these interesting facts!

We hope you enjoy the upcoming matches.