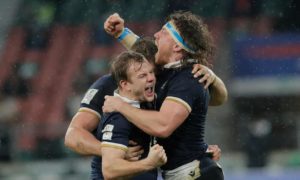 We are now into Round 4 of the Six Nations, which has entertained spectators with some surprising results.

However, critics of the tournament have questioned whether this year’s tournament is less exciting than previous years, with copious amounts of kicking and some (arguably) predictable results.

At the start of the tournament, England were pegged as 1/1 favourites to win a second successive Six Nations title. However, that prediction is now in very serious doubt after a 6-11 loss to Scotland in Round 1 and a 24-40 loss to Wales in Round 3.

Even their 41-18 victory against Italy in Round 2 arguably brought more praise for Italy than England with some specific criticism of Eddie Jones’ selection and of the England player’s lack of initiative, creativity and the focus on the kicking game.

But is such criticism warranted?

Has Northern Hemisphere Rugby, including the Six Nations, become less exciting than in the past?

To break down and quantify this question, Betway have analysed the last 10 Six Nations tournaments and delved into the tournament statistics to discover exactly how the style of play has changed over time.

The most obvious place to start is with points. Rugby, like most sports, is generally more exciting for spectators to watch when more points are being scored.

In the 2010 Six Nations, a total of 594 points were scored in the tournament across the 15 games with an average of just under 40 points per match. This figure dropped over the next two years, reaching its lowest point of 534 (with an average of 35.6) in 2013.

The number of points have remained steady since then over the past 5 years, with the 2020 tournament seeing a slight drop to 631 points scored.

A simple increase in scoring does not tell the whole story, however, as it is the way those points are scored that really matters. After all, fans want to see tries, rather than endless kicks at goal!

It may surprise some that the statistical trends in this area demonstrate that fans are not being disappointed. 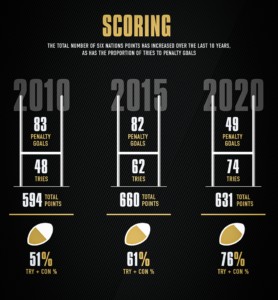 There were a total of 48 tries scored in the 2010 tournament which, which when combined with successful conversions, made up just 51% of the total points scored (594 in total). The rest was made up by 83 penalty kicks at goal – at an average of 5.5 per match – along with a few drop goals.

In the last Six Nations, the number of tries jumped once again to 74, while the number of penalty goals had dropped to just 49, further widening the try to penalty ratio to 76:24.

Not only are more points being scored, but tries – which are what excite spectators most – are making up a greater proportion of those points.

The statistics clearly demonstrate that more tries are being scored, but more tries do not necessarily translate into more entertaining matches.

It is what happens in open play, however, before those tries are scored, which really contributes to the spectacle of an exciting rugby match.

The biggest criticism of the way the game is currently being played in the Northern Hemisphere is that play is too focused on territory through kicking and set-piece dominance, with little creativity shown with the ball in hand.

It is therefore interesting to analyse the stats, which paint a different picture.

Endless kicks from hand can contribute to stale rugby, with teams essentially hoping that the receiving opposition make a mistake rather than forcing the play themselves.

With teams now kicking the ball away less, it follows that they are keeping the ball in hand more!

The number of passes has been steadily rising since then, with a high of 354 per match in 2018. 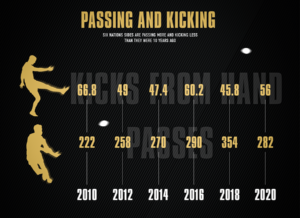 That dropped slightly in 2020 to 282, but the pattern is clear – Six Nations teams are more willing to hold and move the ball than they were 10 years ago.

Again, it could be argued that a decrease in kicking and an increase in passing alone does not make for more exciting rugby, however, and that it is what teams do with the ball in hand that is important – fans want to see verve and risk, not passing for the sake of it.

When teams play with those qualities, defences can break down and the game can open up. 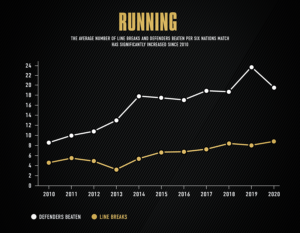 The number of line breaks decreased until 2013 – a year in which kicking dominated – but has risen significantly since then.

There were 8.6 line breaks per Six Nations match in the most recent edition – the most there has ever been during the last decade!

The number of defenders beaten has followed a similar pattern, with the 2020 tournament seeing a 91 per cent increase compared to 2010.

Although it is impossible to tell the whole story through stats, the above analysis has demonstrated that (at least on paper), rugby has not become less exciting.

In fact, the style of play in the Six Nations has been more adventurous over the past couple of seasons than at any point over the last 10 years!

More points are being scored, more passes are being made and teams are running in more tries while kicking the ball away less.

There were, admittedly, some uneventful matches in 2020, but that is the nature of sport. Some matches are thrillers, others are not.

A dull match or two is no reason to question the direction of the sport as a whole, particularly when you consider the extenuating circumstances of 2020.

Rugby has always been exciting, and that has not changed. However perhaps Northern Hemisphere teams can look to the Southern Hemisphere for their creative play, which starts with mastering the basics from a young age and drilling it in through repetition. This is what truly allows for players to produce some exciting results on the pitch.

Takeaways of the 2021 Six Nations 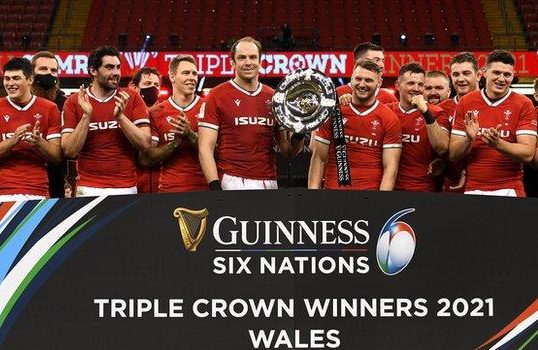 6 Nations Round 4 – Learnings for the Amateur Game 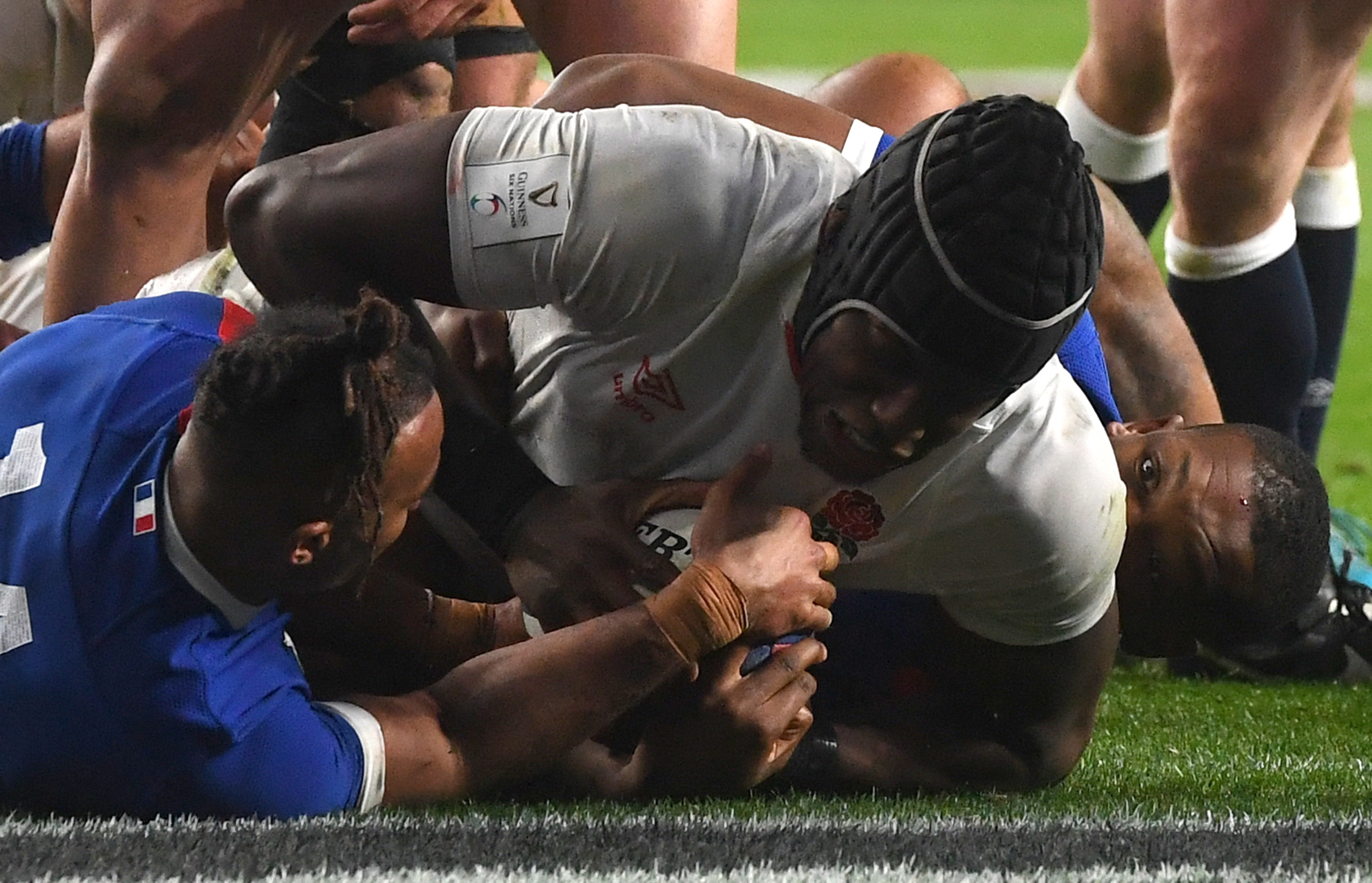