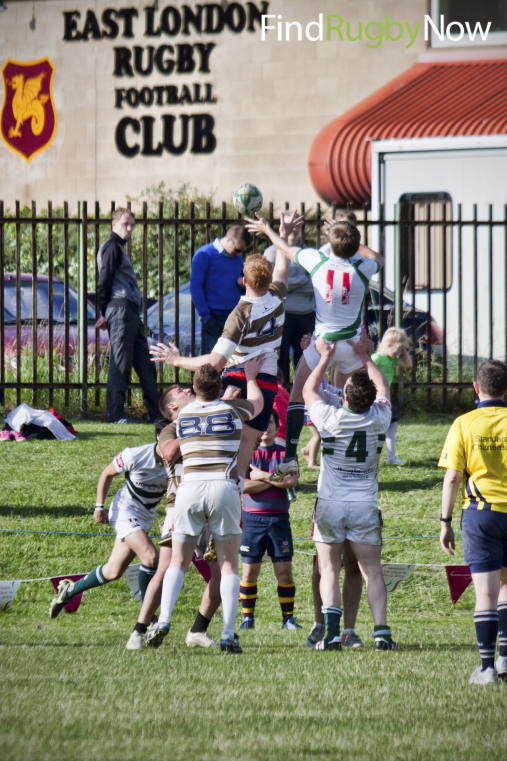 Last year a few of us participated in the East London Sevens and had a fantastic time enjoying the sun, rugby and jovial atmosphere of the tournament.

This year we returned to the tournament with our very own FindRugbyNow team in the high hopes of repeating last year’s experience.

What we got was even better.

The weather was a bit worrying at the start of the day with some threatening clouds overhead, but the rugby gods heard our cries and the weather quickly cleared up, the sun came out and we went home with some very nice tans and full of Vitamin D.

There was live music, food and entertainment going on throughout the day with a variety of performers taking the stage, including Adam Holden, Alternate Monday and PJ & Gareth from Kings Cross Steelers. East End Promises wrapped up the day once the sevens had finished.

The sevens itself was a great contest. There were 20 teams battling it out for three pieces of silverware this year – the cup, the trophy and the plate. 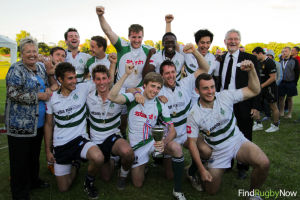 Old Johnians, who we faced in our first match of the day, won overall and took home the prized cup trophy by beating Woodford in a competitive final. 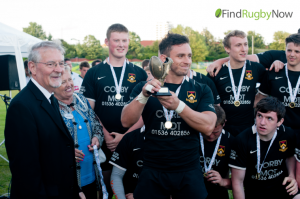 In the division below, S&L Ravens came out on top with the trophy, beating Millhill in the final. 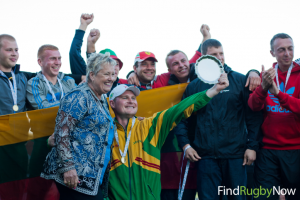 The plate was taken by clearly the most supported club at the tournament – Lithuanian Rugby, who were spurred on by massive cheers from their supporters every time they scored. It was fantastic to witness this enthusiasm and dedication to the game, and the plate was a just reward for the rugby the team played and environment their supporters created.

This was the first time our FindRugbyNow team barbarians played in a tournament together and we had the misfortune of playing the tournament cup winners, Old Johnians, in our first match of the day.

Yet it was a good wake up call and the team’s try gave us the platform to build up our confidence. As the day went on the team continued to improve its performances as the players got to know each other’s playing style.

Our second game after Old Johnians was against Hackney RFC, another top-tier team, which led to our second loss, but our performance was much improved and we used our experience to do well in our next two games against Trophy winners S&L Ravens and plate winners Lithuanian Rugby.

Both games were very well contested and well within reach, but a lack of depth and an unlucky yellow card in the match against Lithuanian rugby led to us conceding tries -and in the case of Lithuanian Rugby, an unbelievable kick in the last second of the game was converted to even up the score.

We then played the Kings Cross Steelers, arguably the nicest team in the competition, where the FindRugbyNow team got its first win, and which set us up to contest for the Trophy in the semi-finals against Millhill. Despite being up by two tries to nil at half-time, Milhill did well to come came back strongly in the second half to win overall.

It was a fantastic day out and it was great to see how much the tournament had grown in just a year’s time. We are sure next year will be even better when FindRugbyNow returns to enjoy the festivities, supply media coverage and enjoy a bit of the rugby fun once again at East London RFC.

Join our FB Group to see more photos from the event (coming soon)!

If you would like FindRugbyNow to cover your rugby event, just email us at info@findrugbynow.com. We would be happy to help!

Posted on 12/07/2012 by Ellaine
Posted in Rugby Sevens, Tournaments and Competitions
Tweet