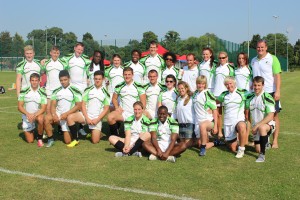 On 6 July 2013 FRN held its annual rugby 7s tournament in London where its FRN 7s men’s and women’s teams competed on the day.

The tournament was twice the size of the 2012 event and included some well received additions like a £500 cup prize, the Crystal Palace Cheerleaders, Rodeo Bull Ride, Picture Booth and some awesome activities like an assault course, paintballing and clay pigeon shooting courtesy of the Army. 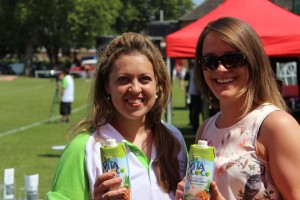 The weather did not disappoint and players were thankful for the two free crates of Vita Cocoa water that they received upon registration, which helped them stay hydrated throughout the hot sunny day. 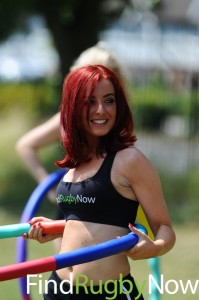 The Captain of the England Wheelchair Rugby 7s Team (one of FRN’s sponsored teams) brought along some wheelchairs and both kids and adults enjoyed having a go on the chairs – which they quickly found to be both fun and challenging.

Kids were also entertained throughout the day with the help of Little Rugby, which provided free rugby sessions for kids.

Meanwhile the adults were kept busy with two performances by the Crystal Palace Cheerleaders, free copies of The Rugby Paper, as well as some great stands on the day which included Power Hoop, State of Mind and Emvale Rugby. 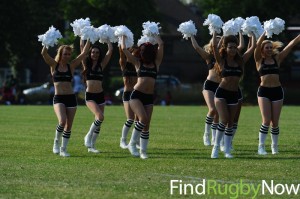 Tournament prizes were distributed by Joe Ajuwa, former Scarlets player and current London Welsh player, who attended the tournament as an ambassador for Wooden Spoon, our tournament charity partner.

Please read below for tournament results, photos and take a look at the FRN 7s official video. We hope to see all of you back next year! 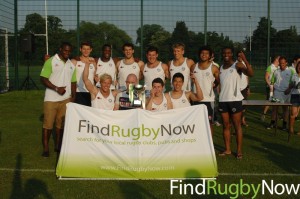 The men’s cup was won by the Samurai Bulldogs who faced a very competitive game against Breakthrough in the final and took home the £500 prize. The play-off trophy was won by MOB-UK. 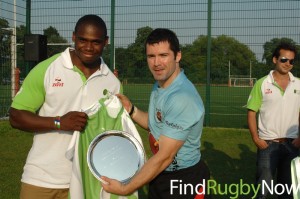 The men’s open was won by Caesar 7s who showed great skill and pace in their final against Honey Bee 7s, who were undoubtedly one of the most spirited teams in the tournament along with Broadland Supermen.

Caesar 7s’ prize was a full set of bespoke rugby 7s kit from Impact Prowear that they would have the opportunity to design themselves. 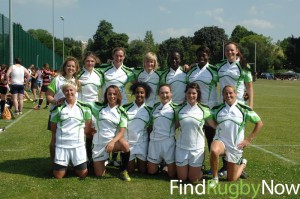 The women’s competition was equally competitive with some great sides taking part on the day, which included the Harlequins, Wooden Spoon, Blackheath, Beckenham, Millwall and FRN.

The final saw FRN clash against Wooden Spoon, which was packed full of experienced players that mostly play on a premiership level.

FRN was very proud of the FRN women’s 7s team as this was their first tournament competing together and the ladies were thrilled to take home the coveted kit prize courtesy of Impact Prowear! 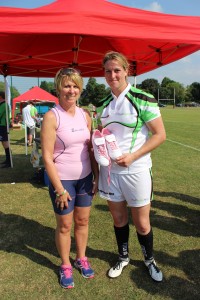 A male and a female player of the tournament were selected courtesy of prizes from AWI Images, The Rugby Paper, Emvale and FRN.

The prize included an engraved trophy, 3 month subscription to The Rugby Paper, FRN rugby jersey and a pair of boots from Emvale (for the women’s player).

The men’s player of the tournament was Chris Livesly from Samurai Bulldogs.

The women’s player of the tournament was Emily-Jane Stearn from Find Rugby Now. 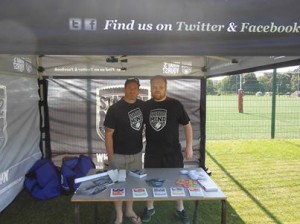 FRN was proud to work with our tournament’s charity partners, Wooden Spoon, School of Hard Knocks and State of Mind.

Spectators had the opportunity to meet British and Lions legend Andy Titterell, who came down to the tournament as an ambassador for State of Mind, which held their official launch on the day of the tournament.

We hope that the funds and the awareness raised on the day for these causes have benefited their charities.

FRN would like to extend their gratitude to the following companies: