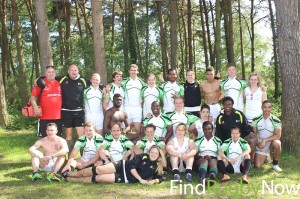 This year was the first time that both our men’s and women’s Invitational FRN 7s squads took part in the Bournemouth 7s Festival, which took place over the last May Bank Holiday Weekend, Friday 23rd – Sunday 25th May.

Although the weather looked disappointing at first, there was nothing that could stop this weekend from being the best “party of the year” and the sun gods shone in our favour! 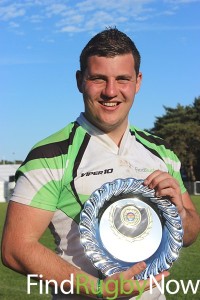 Both FRN teams had a successful tournament with the FRN 7s Men becoming the Beer Cup Plate Champions with an impressive 48-0 finish against the Southampton Saints and the FRN Women becoming Plate Finalists in the Cider Cup (Elite level) narowly missing out to the Moody Cows 17-19.

Both teams had a really great time and enjoyed making the FRN Family even stronger!

Special thanks goes out to our head coach, Drew Fautley, who kept both squads focussed and motivated throughout the tournament, and our physio, Jonathan Sandler, who kept our players match fit all weekend.

We would like to thank Viper10 as our Official Kit Sponsorsand Bournemouth 7s for having us back! 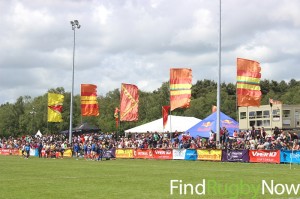 Over the festival weekend 30,000 sport enthusiasts and festival-goers, including 3,000 campers, descended on Bournemouth Sports Club, to enjoy 3 days of enthralling sport and entertainment.

Cementing its status as the World’s Largest Sport and Music Festival, Bournemouth 7s welcomed 366 teams and 5,000 players that competed in sports including Rugby 7s, Netball, Dodgeball and Hockey 7s competitions. 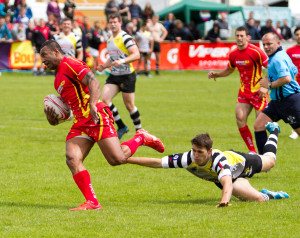 The Heathrow Express National Cup, which took place at the centre of the main festival arena, was won by The Black Sheep, who were making their debut at the Festival and produced some truly scintillating performances on their way to defeating former champions The Army in front of several thousand spectators.

The final of the elite Ladies Cup saw last year’s beaten finalists Wales Women, who are coached by former Wales 7s player Richie Pugh, go one step further and clinch this year’s title, gaining revenge over Australian side Tribe 7s who defeated Wales in the final of the Amsterdam Sevens a week earlier, with a convincing 34-7 win.

As always, the Festival featured a variety of fun day time entertainment for players and spectators to partake in between matches. 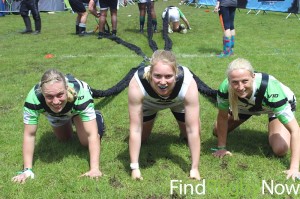 Our players greatly enjoyed the tug of rope challenge (as you can see from the photo on the right) as well as the nutritional products provided by MaxiNutrition as the Official Sports Nutrition Sponsor.

Gatorade also provided a much neeeded hydration stop and entertained all with a rugby ball passing challenge, so their inclusion as the Official Sports Fuel Drink Sponsor was very warmly received.

Our players also really enjoyed getting their photos taken in the Alcatel photoshoot area whilst jumping mid-air with a rugby ball in hand! 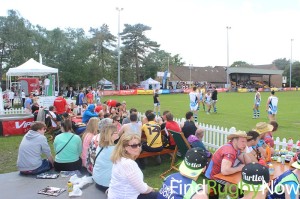 And, as ever, our teams too advantage of the Viper 10 Sportswear Lounge, which provides VIP access to teams wearing Viper 10 kit, which is always the best place to catch the action on the main rugby pitch.

Other Festival highlights included the return of the Animal WD-40 Action Sports Tour and the RAF parachute display team dropping onto the main festival pitch, which again proved to be a fantastic spectacle for all of those lucky enough to be surrounding the pitch. 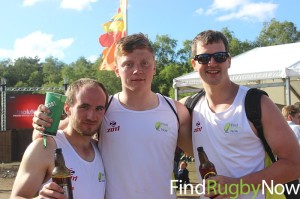 The evening entertainment on offer this year included 11 entertainment arenas including the iconic Tuborg Beer Tent, which once again formed the centrepiece of the festival boasting a 100 meter long bar and some of the hottest DJ acts on show.

The new Big Top Dance Tent sponsored by Kopparberg was open all weekend running from the Friday Night Player’s Party through to the Sunday Night Closing Party.

Another new addition to the 2014 entertainment line up was the Jägermeister German Beer Tent which proved very popular with party-goers enjoying ice cold Jäger shots over the weekend whilst watching the hilarious performances by the German Oompah Band.

Next year’s festival will once again take place on the final Bank Holiday Weekend in May, Friday 22nd, Saturday 23rd & Sunday 24th. Plans are already in place to ensure that the 2015 event is bigger and better than ever before! We hope to see you there!

More photos from the Festival can be found on out FB page here.

Posted on 19/06/2014 by Ellaine
Posted in Festivals, Rugby Events
Tweet