The Future for England After the Six Nations

Prior to 2018’s Six Nations Championship, the only question concerning England’s defence of the title concerned the potential for a Grand Slam.

Having suffered only one defeat under Eddie Jones up to the start of the tournament, it was generally assumed that the holders would take a third straight title with only the final game of the series against Ireland standing in the way of a clean sweep.

Two unconvincing wins and three straight defeats later, rumours emerge over Jones’ future and, having been clear favourites ahead of the competition, the question on everyone’s mind now is – where do England go from here? 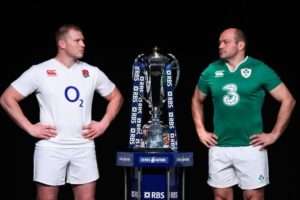 The final day showdown against the Irish was supposed to be a battle for the Grand Slam but suddenly, it became all about damage limitation as far as England were concerned.

Could they end a poor campaign with a consolation victory or would they watch on as Ireland celebrated five straight wins?

Before the start so the Six Nations, England were as short as 19/20 to win the tournament, and Ireland were their nearest challengers on 9/5. By their final match, however, Ireland were slight favourites for the win (slightly only due to the fact that they were conceding home advantage, so the pundits seemed to think it would be a close contest).

Although parts of the match did provide some excitement, the men in white could not produce a strong enough performance to defeat the Irish who were never really in any trouble – so much so that some argue that the final score of 15-24 actually favoured England as Ireland were the dominant force throughout most of the 80+ minutes except for select pockets of the game.

Some punters who struggled to see beyond Ireland’s seemingly unstoppable power, could have used a Betfred free betting offer of £30 to minimise the risk associated with backing England, but this would have done little to cushion the blow.

Now that the Six Nations has ended and England must take stock of their performance, what can we expect from England in the future? 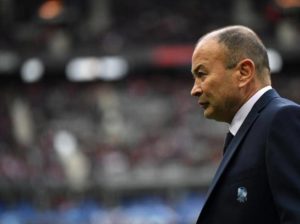 Having dragged English rugby back to its feet after a woeful performance at the World Cup, Jones continues to retain the backing of the Rugby Football Union (“RFU”) despite England’s dismal fifth-place finish in the Six Nations.

After two straight trophies in this tournament and a set of impressive wins all over the world, the current coach still has plenty to offer and anyone who says otherwise is probably acting on emotion rather than reason.

Some have said that the Australian is, by all accounts, a pretty abrasive character, however and, if he feels he is unappreciated, he may take the decision out of anyone else’s hands.

Clearly Jones was also upset with the verbal and physical abuse he received from supporters in the wake of that Scotland defeat and rightly so. Although some may argue that taking the train from Edinburgh to Manchester after losing to the Scots may not have been the wisest move, it is clear that England’s coach is definitely feeling the pressure both on and off the pitch.

Still, the Australian is a professional and proud man with lots of experience coaching high level teams and he will want to take up the challenge of bringing England back to its former glory.

It cannot and should not be ignored that until this Six Nations, England had an unbeaten home record under Jones and a very impressive record of 22 wins from 23 test matches. Such a record was never matched – not even by Jonny Wilkinson’s World Cup Winning squad.

“It’s worth reflecting that Eddie has an 86 per cent win record with England. You don’t become a bad coach or team overnight. But we have to learn and have to improve.”

Brown and the RFU insist that Jones is the right man to lead England into the 2019 World Cup. 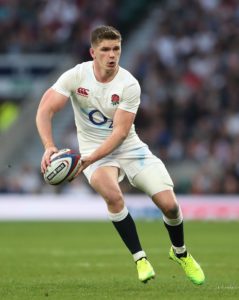 At 58, the only thing missing from Jones’ illustrious CV is a World Cup win. He took his native Australia to the final in 2003 and may well want to have the chance to go one better in Japan in 2019.

If he stays, he retains a young squad with some star quality and many of this Six Nations side formed part of the triumphant British and Irish Lions party of 2017.

Players such as Maro Itoje, Owen Farrell and Jamie George have proved in this Six Nations that they can comfortably compete at the next World Cup and beyond, while the depth of talent waiting for their chance is undoubtedly strong.

Criticism over selection and positioning therefore comes back to the coach and another poor Six Nations in 2019 will leave the RFU with a difficult decision to make ahead of that World Cup, which starts the following September.

Should Eddie Jones stay or go and just where do England go from here? Let’s hope it is on the way back to glory, but only time will tell.