Is the “let them play” mantra harmful to mini and youth rugby? 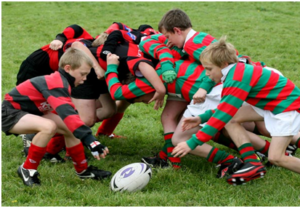 A few years ago the RFU introduced the “New Rules of Play” which later evolved into the the “Changing the Game” programme, resulting in wide scale changes in rules across the mini and youth game in England.

A few days ago on Twitter I noticed a comment on a video clip of a game of tag rugby from a well known and excellent coach which related to the game at this level.

The clip showed a game on a small pitch with 5 or maybe 6 players aside. Each ball carrier was running side to side and backwards trying to individually find a gap in the defence before being tagged. On being tagged they stood and considered who out of their team to pass the ball to. The coach commenting suggested that maybe a rule where the tagged player has to pass the ball to the nearest support player is needed.

However, this got me thinking. I visualised the game with all the support players running beside the ball carrier (as obviously they all wanted to be passed the ball) and realised that when applying this in practice, the result of this strategy would result in a game where “honey-potting” the ball is the new thing. More rules to create more issues. 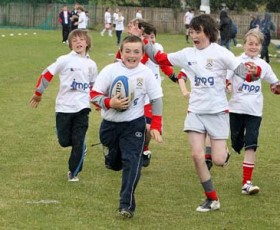 I didn’t see anything in the clip where space was being created and passing the ball before contact in order to exploit that space was “encouraged”. This was just a “let them play” moment.

Maybe the solution was some coaching that encouraged the players to consider passing the ball to beat the defender, creating overlaps, etc. These players were in the 8 to 10 age group – surely there was something more to it than run around with the ball until someone tags you?

Now, maybe after the passage of play in the clip, the coach might have asked the players to reflect on this to see if they could come up with a solution. But if that was the case, then why wasn’t the before / after clip posted? It was just that post commenting on how well some of the players were running. From my observation, maybe two out of the possible six players per side touched the ball. The rest were calling for it, but never received it.

I remember the workshops around these changes and expressing at the time that such changes in rules will not improve the experience without coaching intervention. It seems the “let them play” mantra, at least in the clip I saw, is exactly that. The coach it would seem is there to mark the pitch out and referee the game. There doesn’t appear to be fault identification and any form of correction, guided or otherwise.

Am I just a bit of a dinosaur on this? Looking around at clubs in my Constituent Body, it appears that numbers on a Sunday morning are dropping considerably. I have also been talking to coaches of mid-age groups of the youth range (13 to 14 year olds) who are saying that the core skills of the players they are now inheriting from those age groups that have been through the changing rules of mini / early youth age groups are very poor and they are having to start developing these again.

This isn’t one voice, this is being said in a number of clubs. There has been a drop in mini and youth numbers and a marked drop in skill.

The RFU cannot report on numbers in mini and youth rugby at club levels as numbers are included for school participation sessions which do nothing to grow the game at club level. If this perceived reduction in both numbers of players and skills levels are not addressed soon, then in a few years time all of that will start to impact the adult game in a negative way.

Maybe it was just one clip, maybe I am a dinosaur, but it would be good to see and hear that my concerns are misplaced.