Find Rugby Now » Latest Blogs » ‘So You Want to be Captain?’

‘So You Want to be Captain?’ 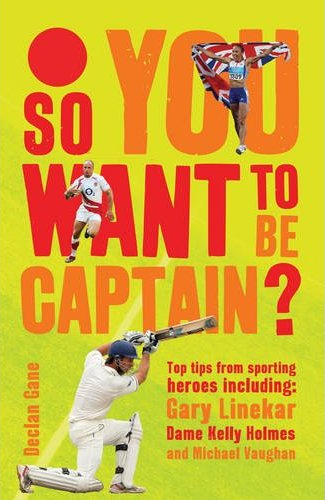 This week we reviewed ‘So You Want to be Captain’, a book by Declan Gane, which provides 96 pages of top tips from sporting heroes to aspiring young sports people eager to learn how to lead their teams.

The book does a good job of collecting tips from both sexes from a variety of sports. Focussing on rugby specifically, the book provides some great tips from 19 players from highest levels of international and premiership rugby.

What I found intriguing is that as you read through the tips from the impressive sports people one can start to see a pattern – captains need to be positive, be good listeners, never ask their teams to do anything that they would not do themselves and lead by example.

However, there are many other gems in the book, including these quotes:

“It is essential that you are honest both with your players and coaches. You are often the link between the players and management, so the information that you feed back can be vital for your team.” – Jo Yapp, England and Worcester Women’s Rugby Union captain

“Leadership is about giving your all in everything you do – not just on the field, in the gym or on the track, but also in life itself.” – Kevin Sinfield, Leeds Rhinos Rugby league Captain

The book has a consistent layout for every tip, which includes a short message from Declan, the tip from the sport person in letter form, a photo of the player and a “fact file” with a biography of the player.

Some tips are long and some are a bit shorter, but all are honest and genuine, which would benefit any young person looking for some direction and leadership advice on and off the pitch.

Declan himself has spent seven years coaching mini-rugby at Richmond RFC and the inspiration for his book came from trying to find advice for his son who wanted some help with captaining his youth side. The two decided to aim high, go direct to the top and ask real captains for their top tips, words of wisdom and advice on how they do it. This book is the culmination of this search.

The book comes in hard cover in a beautiful shiny green, which would be an attractive present to any young sports person that would like some great leadership advice. That being said, I greatly enjoyed reading the book myself!

My only criticism is that although there appear to be a plethora of tips from women for a variety of sports, for rugby specifically there is only one interview from a woman athlete (Jo Yapp).

Here is a list of all of the rugby players that provided tips for the book:

WIN A FREE COPY! FindRugbyNow is so excited about this book that Declan has partnered with us and his publishers to give five lucky winners a chance to win a free ‘So You Want To Be Captain?’ book for yourself or a young sports person.

All you need to do is comment below and let us know a great moment of leadership that you have seen or experienced in the sport of rugby (either on or off the pitch). This can be in your life, a match you have seen or on television!