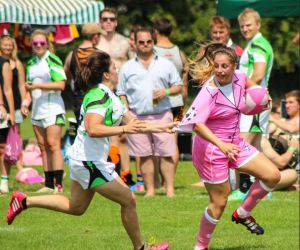 The festival featured around 800 players composing 60 rugby teams that competed over two days. The City Dogs and Saracens Women went home with £500 cash prizes for coming top in the men’s and women’s Elite 7s Tournaments, respectively.

The 10s Open Tournament was won by the Stockholm Exiles, who were undoubtedly one of the most social teams at the Festival. 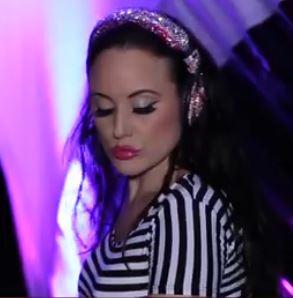 The tournament also featured an a Cowboys and Indians themed after-party featuring DJ Charlotte Devaney that played tunes well into the night accompanied by the sexy dancing of The Narni Shakers, which were a big hit at the after-party with their fire dancing.

The weather did not disappoint and players were thankful for the free crates of Upbeat Protein Drinks along with samples from the Protein Bakery and Bounce Balls that they received upon registration, which helped them stay energised throughout the day on the Saturday. 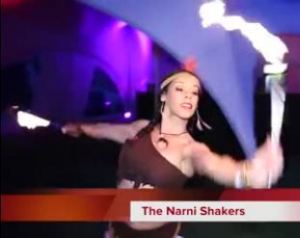 FRN was pleased to be joined by several VIP guests at the Festival, which included the 2014 Women’s Rugby World Cup Winner and England International, Maggie Alphonsi.

“It’s a great environment, a great event, and more importantly, the standard of rugby is brilliant”, Alphonsi said. 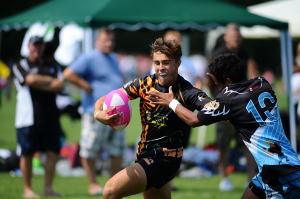 “I think you can tell that everyone is having a good time…if you haven’t been before make sure you come next year”, Alphonsi said.

Please read below for Festival results, photos and take a look at the FRN 7s official video. We hope to see all of you back next year! 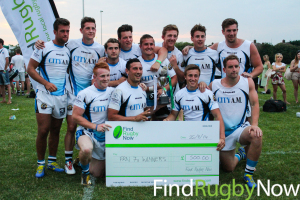 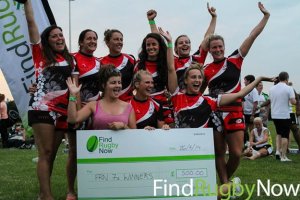 The standard in the Elite category was impressive with Saracens, Thunderbirds, Hampstead, WRR Sevens and FRN Ladies putting out very competitive squads, with strong performances by all of the teams throughout the day. The Social competition included Blackheath, Scotty’s Little Tigers, Millwall, Beckenham and FRN Development. 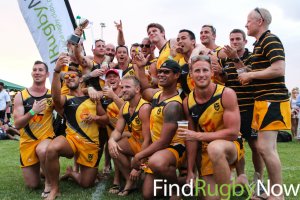 This year was the first year that we introduced rugby 10s into the Festival with the assistance of the London 10s Festival.

The feedback was very positive and there were 10 teams that competed in Open and Social competitions throughout the Festival. We look forward to welcoming more rugby 10s teams next year! 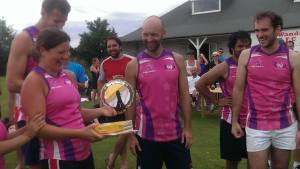 On Sunday, we welcomed 10 Touch Rugby teams to the Festival. Despite some sore heads following the late night partying, some 7s and 10s players stayed on to play (but mostly watch) as the fresh-faced touch rugby teams arrived to the grounds.

The winner of the Open competition was CSSC, which impressed with their bright pink kit and flair. 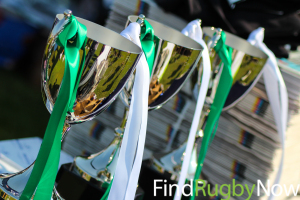 A male and a female player of the tournament were selected courtesy of prizes from The Rugby Paper, The George, Emvale, Front Up Rugby and Bounce Balls.

The prize included a 3 month subscription to The Rugby Paper, FRN “Beast Mode” t-shirt and a pair of boots from Emvale (for the women’s player).

The men’s 7s player of the tournament was Caldon Pike from City Dogs.

The women’s 7s player of the tournament was Lauren Newman from the Saracens.

The men’s 10s player of the tournament was Paul Sullivan from the Stocholm Exiles. 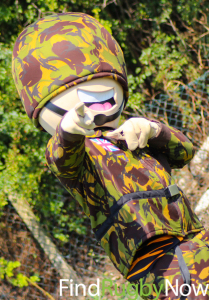 FRN was proud to work with our tournament’s charity partners, Scotty’s Little Soldiers, which put out competitive men’s and women’s rugby 7s teams at the Festival.

Spectators and players had the opportunity to visit the charity’s marquee, take photos with their mascot and meet some of their player representatives.

We hope that the funds and the awareness raised on the day for the charity will help contribute to the support of families of our fallen servicemen and women.

For more information about Scotty’s Little Tigers charity and their charity rugby teams, please check out our feature of the charity here.

FRN would like to extend their gratitude to the following companies: