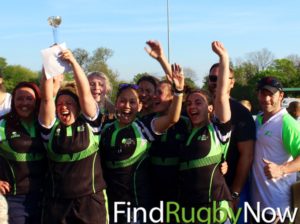 The team, which was composed of a mix of premiership, county and international players, played in front of thousands of people and were thrilled to win the tournament as they were competing with just 8 players all day leaving little room for player recovery.

“We were very impressed with the performance of all of the players – some of whom were putting on an FRN shirt for the first time. We only had one substitute so we were very conscious of injuries, but thankfully everyone stayed strong and we really bonded as a team as the day progressed.” 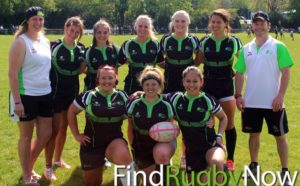 The highlight of the day was receiving the trophy and prize money from the legend, Andy Goode, who took the time to chat with the team and pass on his congratulations.

A big thank you goes out to coach Jonathan Hooper, who guided the team to victory with his calm and common-sense approach for the second year in a row.

More photos of the team from the tournament are available on our FB page here.