Find Rugby Now » Latest Blogs » Why have laws in rugby?

Why have laws in rugby? 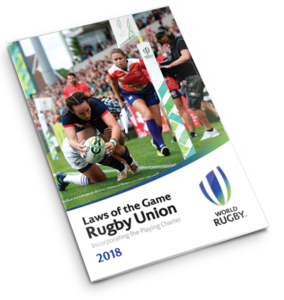 After a while away from writing an article this one is a result of watching a weekend’s worth of European Cup games with a bit of a view caused by discussions on Twitter.

I tend to follow a lot of rugby accounts on Twitter and currently Ben Ryan (Olympic Gold medal winning coach with FiJi in the rugby 7s) is making some very valid points about the breakdown and how this is being allowed to play out at elite levels.

Laws relating to players joining a ruck seem to be just ignored with players launching themselves horizontally at other players from metres away. Off their feet, driving over the ball, not binding, impact with neck / head etc all being ignored.

So as I watched further other things appeared to also be being ignored. The list went something like:

Ball is never going in straight at a scrum. Despite the changes to the laws on this subject scrum halves are standing with shoulder in line with the tunnel but angling their body so the ball is going in almost directly to the second row. No hooking happens.

The Lineout is the same. The AR marks the line out, the packs line up with much flapping of arms and pointing and just before the ball is thrown in the hooker takes a step towards his team so the ball in the most goes directly down his line. Add to this the hookers are in the main throwing the ball from in the field of play and players are jumping across the line as it’s the only way to contest.

Offside. So many examples. For every restart at least two chasers were ahead of the kicker before they kicked the ball.

Mauls. This is a pet hate of mine, “maul” gets called and immediately the defending team just collapses it and “wins” a scrum. As far as I’m aware you can’t collapse a maul but it seems at this level you are rewarded for doing so.

Rucks. The points Ben makes are all valid here. Players flying into contact, leaving their feet and the way they attempt to clear opponents are all not as they should be.

This is by no means the end of the list as I see it but it begs the question why have Laws of The Game if they are being ignored completely. Is Elite rugby just about entertainment? Why are Laws ignored here and players surprised at grassroots levels when they get penalised, sinbined or red cards for copying something they watched on TV?

If safety of players is key then the breakdown has to be managed. The approach seen in the games I watched will see players’ careers being shortened or ended. This isn’t my view, this is the view of a world class coach who is actively shouting about this. Follow @benjaminryan on Twitter and see what he has to say on this.